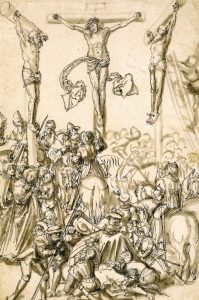 Whosoever committeth sin transgresseth also the law: for sin is the transgression of the law.  And ye know that he was manifested to take away our sins; and in him is no sin. 1 John 3:4-5

Christ Jesus was “set forth to be a propitiation through faith in his blood, to declare his righteousness for the remission of sins that are past, through the forbearance of God;” ……Romans 3:25

While it is true that legal matters can become very confusing, it must be remembered that Gods laws are plain and simple. They can be written in one paragraph, memorized by the smallest child and as the Bible states, are not grievous.

In an age when many turn the grace of God into lasciviousness, there are those, professing themselves to be wise, who attempt to persuade that the laws of God are now void and of no value. Such persuasion can be described in no better way than what the Bible calls “vain deceit.”

Jesus Christ, our Creator, the law giver, and our Savior said that until heaven and earth pass away, not even the slightest thing concerning the law will change. We are told that sin is the transgression of the law and that Christ died for the remission of sins. In fact, if any of the commandments could have been changed, sin could have been redefined, and He would not have had to die.

We are also given Biblical warning that through the sacrificial death of Christ – as payment for our sins – and through faith in his shed blood, we receive forgiveness only for sins that are past – and that if we sin willingly, once we have come to the knowledge of the truth, there remains no more sacrifice for sin, certain judgment and ultimate destruction.

Now, if the servants of Satan can persuade us that God’s laws are invalid, then sin, which is the transgression of those laws would never be confessed – and the wages of unconfessed sin is death.

Yes, Satan, our adversary as a roaring lion, walketh about, seeking whom he may devour. Be sober, be vigilant and remember “Till heaven and earth pass, one jot or one tittle shall in no wise pass from the law…”

“For by grace are ye saved through faith; and that not of yourselves: it is the gift of God: Not of works, lest any man should boast.” ……Ephesians 2:8-9

There is no law that can be kept in order to establish ones own righteousness; for “There is none righteous, no, not one: ……Romans 3:10 No man has ever fulfilled the righteous obligations of the law to the point that he has not known sin. Therefore “by the deeds of the law there shall no flesh be justified in his sight: for by the law is the knowledge of sin. ……Romans 3:20 “What shall we say then? Is the law sin? God forbid. Nay, I had not known sin, but by the law:” ……Romans 7:7

“For all have sinned, and come short of the glory of God; Being justified freely by his grace through the redemption that is in Christ Jesus: Whom God hath set forth to be a propitiation through faith in his blood, to declare his righteousness for the remission of sins that are past, through the forbearance of God; To declare, I say, at this time his righteousness: that he might be just, and the justifier of him which believeth in Jesus.” ……Romans 3:23-26

There is a penalty for sin “for the wages of sin is death” and “without shedding of blood is no remission” of sins. Jesus Christ, who knew no sin, was “made… to be sin” for those who will accept His righteous shed blood as the only sufficient payment for their sins. They are made the “righteousness of God in Him.” ……2 Corinthians 5:21

“For verily I say unto you, Till heaven and earth pass, one jot or one tittle shall in no wise pass from the law, till all be fulfilled.” ……Matthew 5:18

“Do we then make void the law through faith? God forbid: yea, we establish the law.”……Romans 3:31

Many people, known as “Jews”, thought that they could keep God’s laws in “the flesh” and obtain eternal life. Many people, known as “Christians”, think that they can break God’s laws in “the Spirit” and obtain eternal life. Scripture proves that both lines of thought are in error. Both groups of people have “trodden under foot the Son of God, and hath counted the blood of the covenant… an unholy thing, and hath done despite unto the Spirit of grace.” ….Hebrews 10:29

“Whosoever committeth sin transgresseth also the law: for sin is the transgression of the law” ……1 John 3:4 Christ Jesus was “set forth to be a propitiation through faith in his blood, to declare his righteousness for the remission of sins that are past, through the forbearance of God;” ……Romans 3:25

Jesus paid the penalty for “sins that are past.” He did not die that we may practice or, “continue in sin.” “If we confess our sins, he is faithful and just to forgive us our sins, and to cleanse us from all unrighteousness.” ……1 John 1:9 “…If we sin wilfully after that we have received the knowledge of the truth, there remaineth no more sacrifice for sins, But a certain fearful looking for of judgment and fiery indignation, which shall devour the adversaries… It is a fearful thing to fall into the hands of the living God.” ……Hebrews 10:26-31

“Whosoever abideth in him sinneth not: whosoever sinneth hath not seen him, neither known him. Little children, let no man deceive you: he that doeth righteousness is righteous, even as he is righteous. He that committeth sin is of the devil; for the devil sinneth from the beginning. For this purpose the Son of God was manifested, that he might destroy the works of the devil. Whosoever is born of God doth not commit sin; for his seed remaineth in him: and he cannot sin, because he is born of God. In this the children of God are manifest, and the children of the devil: whosoever doeth not righteousness is not of God, neither he that loveth not his brother.” ……1 John 3:6-10

But now being made free from sin, and become servants to God, ye have your fruit unto holiness, and the end everlasting life. For the wages of sin is death; but the gift of God is eternal life through Jesus Christ our Lord. ……Romans 6:22-23

Those who accept, through faith, the gracious free gift of the righteousness of Christ and who walk not after the flesh but after the Spirit are “free from the law of sin and death.” Jesus has paid the death penalty for “sins that are past” and believers have been given the “holy Spirit of promise”, “the earnest of our inheritance,”, that we may walk after the spirit and thereby not practice sin.

“Here is the patience of the saints: here are they that keep the commandments of God, and the faith of Jesus.” ……Revelation 14:12