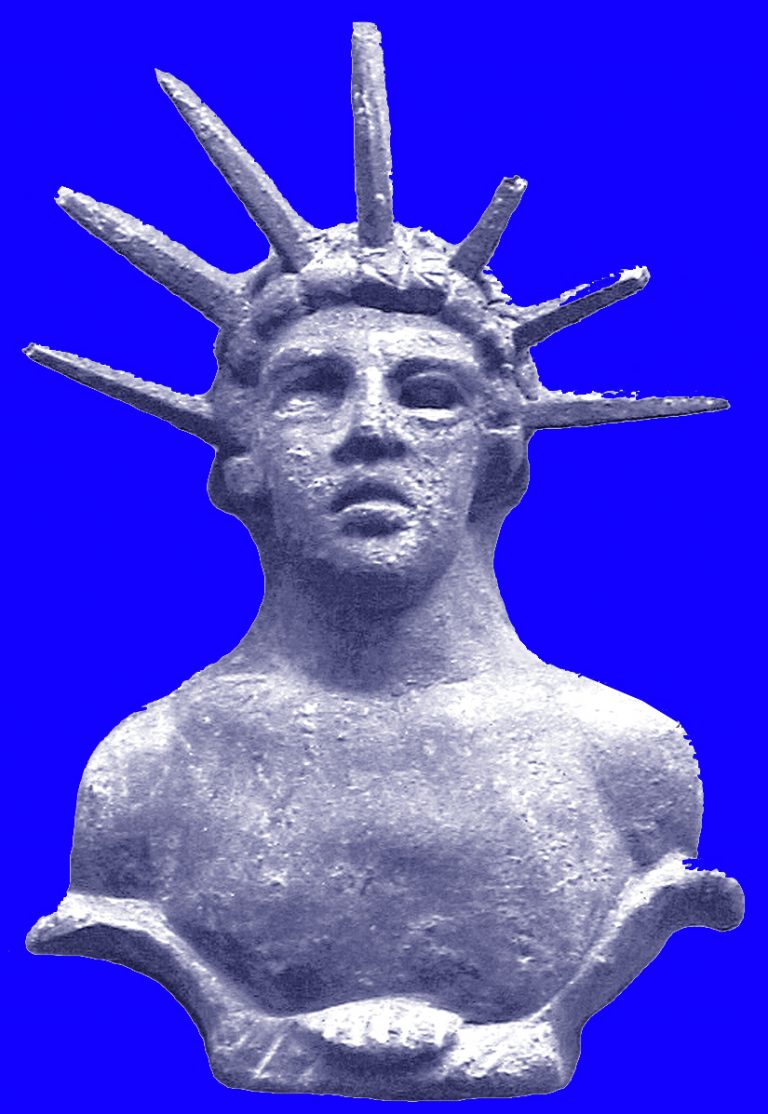 The official recognition of sun worship in the Roman Empire began during the time of Aurelian when he instituted the cult of “Sol invictus”.  The cult of Sol Invictus and that of Mithra are virtually the same. Mithra – Another Jesus

In the year 307 A.D. Emperor Diocletian, a sun worshipper, was involved in the dedication of a temple to Mithra and was responsible for the burning of scripture which made it possible for later emperors to formulate their own version of “Christianity.”

After the reign of Diocletian, Emperor Constantine, while claiming to be a Christian maintained the title “Pontifex Maximus” the high priest of paganism. His coins were inscribed: “SOL INVICTO COMITI” (TO MY COMPANION THE INVINCIBLE SUN).

During his reign pagan sun worship was blended with the worship of the Creator, and officially entitled “Christianity.”

Cybele the Phrygian goddess, known to her followers as “the mother of god”, was closely related to the worship of Mithra. As Mithraism was a man’s religion, the worship of Cybele was practiced by the women. The priests of Mithra were known as “Fathers” and the Priestesses of Cybele as “Mothers.”

After baptism into the Mysteries of Mithra, the initiate was marked on the forehead. The sign of the cross formed by the elliptic and the celestial equator was one of the signs of Mithra.

Sunday (Deis Solis), the day of the sun, was considered by Mithraist a sacred day of rest.

December 25th was celebrated as the birth of the sun, given birth by the “Queen of Heaven” – “Mother of god.”

The Mithraists celebrated a mithraic love feast. This feast consisted of loaves of bread decorated with crosses with wine over which the priest pronounced a mystic formula.

Mithra was considered mediator between god and man.

Mithraists also believed in eternal life in heaven and in the torture of the wicked after death. Many of these beliefs and rituals were exclusive to Mithraism and up until the fourth century were not a part of the Christian faith. Only those in accordance with the commandments of God could possibly be in honor of Christ.

In the 4th century, through confusion and manipulation, rituals of “sun worship” were pronounced, by the followers of Satan to be “Christian” in nature.

There is no Biblical support for the inclusion of Mithraic ritual, which is the worship of Satan, in the worship of the God of Abraham, Isaac and Jacob, the Creator of heaven and earth. It is a Satanic scheme to disguise the transgression of God’s laws under the title of “Christianity”.

This same system, characterized by the shrouding of truth in secrecy and the manipulation of the truth in order to achieve its ends, has been working for two millennia to combine paganism with Christianity.

The mystery of iniquity is at work and it only takes a little leaven to leaven the whole lump.