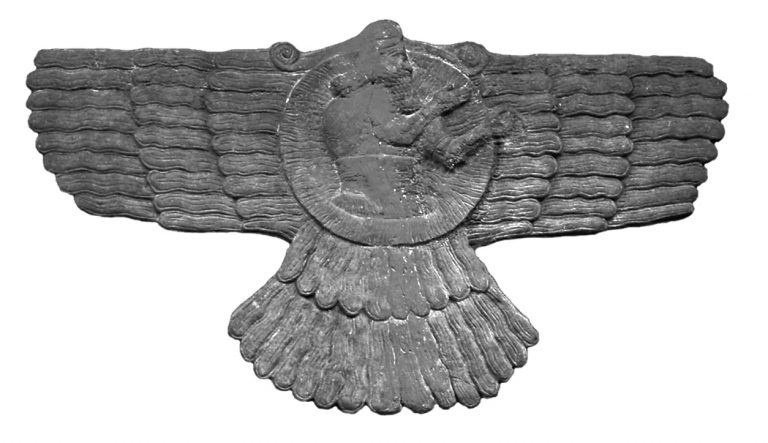 The Medo-Persian empire continued the tradition of sun worship. As Medo-Persia indicates, it is a kingdom derived from the combination of the Medes and the Persians. This combination took place under the ruler-ship of Cyrus the Great. The Biblical Darius was also one of the famous Medo-Persian kings. Both Cyrus and Darius are important characters as they were instrumental in the return of Judeans to Jerusalem after the Babylonian captivity.

The earliest form of the religion of the Medo-Persians is described in ancient manuscripts known as the Zendavesta. Ahura-Mazda was known as the creator of all things: heaven and earth, light and darkness, the originator of all laws and judge of the world. In the earliest periods of Ahura-Mazda, the worship of many gods is apparent, including: Indra ( Storm), Awmaiti (Earth), Agni (Fire), Soma (intoxication), Vayu (Wind), and most important to our study, Mithra or (Sunlight). When Cyrus, the Persian emperor, conquered an area, it was his policy to restore the worship of the resident gods. By doing this Cyrus, although a conqueror, was well received, and even looked upon as a hero: supporting the local god. This was also the case when Cyrus ordered the rebuilding of the temple in Jerusalem. To state this plainly: Cyrus told them what they wanted to hear!

An understanding of religious thought in the Medo-Persian empire is of great importance. It was from a climate of religious tolerance that Judah returned to Jerusalem, bringing with them traditions that had absolutely nothing to do with the worship of God. These are the traditions condemned by Jesus when he spoke to the chief priests and Pharisees. Because of their refusal to abandon these false beliefs they “stumbled” and failed to receive their long awaited Messiah, Jesus Christ.

God will not allow the slightest pagan tradition to be combined with His worship. All such attempts are in vain!